Kimber Woods has always been her step daddy's little girl. She likes when he admires her cute face, brunette hair, and even her big natural tits. She wishes that she could show off her trimmed bush and tight pussy. Maybe it would make her step Daddy want to fuck her. She might as well strip down and try!<br/><br/>Kimber Woods comes to us from the very fantastic, and the second location capital of porn in the world, Miami, Florida, so it is no real surprise that we know of her and she knows of us. She is quite exotic, and has some freckles that go along with her exotic look. Her ancestry contains of Latino descent and Middle Eastern descent, yeah, we said she was exotic! Kimber gets tossed around like a rag doll, often many people considering her a spinner because she stands at 5 feet and 3 inches and only weighing in at 112 pounds; fucking her would be like fucking an inflatable fuck doll, which is great because that is exactly the way she likes to be fucked; no remorse. Through her fucking and her many scenes, Kimber, has been able to gain a good number of fans online, especially on Twitter where she has over 100K followers. It is the perfect place for her to share nude pics of herself, and upcoming scenes, also where she can interact with her fans, of course. However, do not fuck with Kimber because she will quite literally fuck you up. She keeps in shape by practicing martial arts, most notably one that is called Sansei Go-Ryu, and she not just occasionally does martial arts, we mean she practices like she fucks, often. <br/><br/>Kimber loves porn, and she hopes to make many more porn movies for years to come!<br/><br/>Make sure to check out Kimber Woods’ scenes at MugFucked.com, JamesDeen.com and BadDaddyPOV.com!<br/>

Get instant access!
Scenes with Kimber Woods:
View All 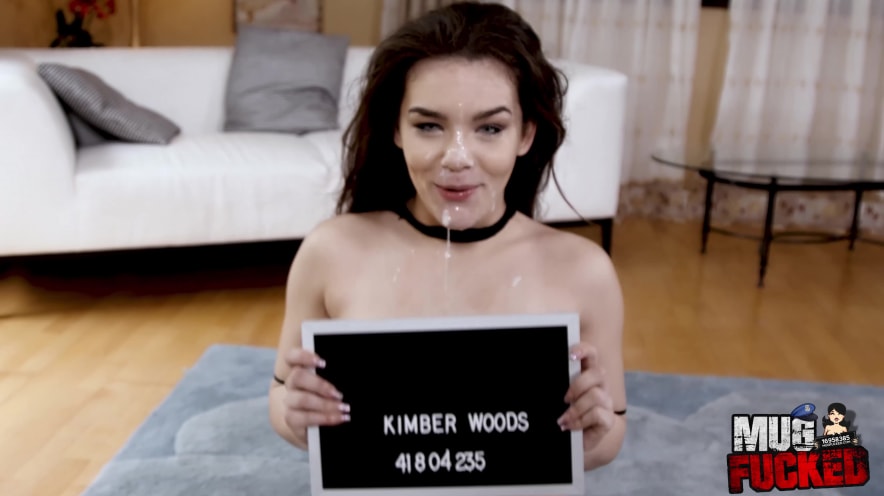